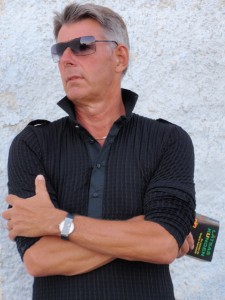 I made my debut as a writer in 1977 with Slamfarmen (The Sludge Farm), which gives an account of life in a chemical factory. This prize-winning novel attracted much attention. Subsequently, I have written twelve books, the manuscript of a TV film and of a stageplay, a large number of reviews, conversational articles, short stories, polemic and cultural articles. I have also been editor for two anthologies.

For a long time I combined writing with industrial work, working mainly as a welder. Since 1989 I have been a full-time writer. In 1990, during UN´s International Literacy Year, I served as member of the Swedish Committee for Literacy. In the 1990´s I also acted as a member of the governing board of Swedish Writers´ Union, eventually serving as vice chairman. One of my main areas of responsibility was the struggle for maintaining our municipal and school libraries.